Hello Again! Sorry for the late Halloween post I promise I’ll try to not let it happen again.

I know wifey has been writing most of our posts so I thought it was about time I start getting into it.

Anyway, Halloween, it’s one of our favorite holidays and it occurs during one of our favorite times of year. I love that it’s not your typical holiday. Yes, it isn’t technically celebrating anything and it doesn’t even really represent what All Hallow’s Eve is about but I love it all the same. Why do I love it you may ask? I love Halloween because it gives people the excuse to dress up and be something you’re not. What other day of the year can you cover yourself in fake blood or tons of glitter without anyone staring at you? Dressing up for Halloween allows you to be creative and let your freak flag fly. Sometimes you can even get a little thrifty.

Now I don’t know about you but we love dressing up for Halloween and putting together a costume. This year I decided I wanted to be Quicksilver from the X-men Comics. I chose to do the Fox movie version though, since I did it last minute and it was easier to throw together. All it took for me to put this look together was some silver hairspray, an old leather jacket from Goodwill, metallic spray paint, a band t-shirt, and some goggles. I sprayed the jacket with spray paint and then sprayed my hair silver then voila! Quicksilver!

Wifey decided to be a garden witch. She already had the black dress and a witch hat so we bought liquid latex, spirit gum, and moss. She did the makeup herself and I thought she looked great! She had moss growing on her neck and chest and she just looked like she sprouted up out of the dirt. My friend Alex who has been doing this with me for years dressed as Winifred Sanderson from Hocus Pocus. He always seems to out do me and every year he’s the biggest hit with the kids. I don’t know how many times I heard “hey I know you” along with “you’re a boy”.

Once I had my costume together it was time for the real shopping to begin, it was time for candy! Every year for Halloween Wifey, Alex, and I dress up and hand out candy to trick or treaters. I don’t mean a piece of candy per kid either. I’m talking handfuls of candy. Massive amounts of candy. We give kids so much candy that they remember where our house is every year. Anyway, I loaded up the wifey and off to Wal-Mart we went to buy bags upon bags of candy. $182 later I think we have enough and we head home to prepare.

I have to say that this year was fairly slow even though the weather was nice, a whopping 45 degrees. We maybe had 150 kids. It doesn’t matter though we still had fun and we were able to bring joy and cavities to those kids and that is what I truly love most about Halloween. The excitement kids have when they see a character they know (depending who we are dressed as) and awe at the amount of candy we give them. The groans from the parents is an added bonus! Until next time. 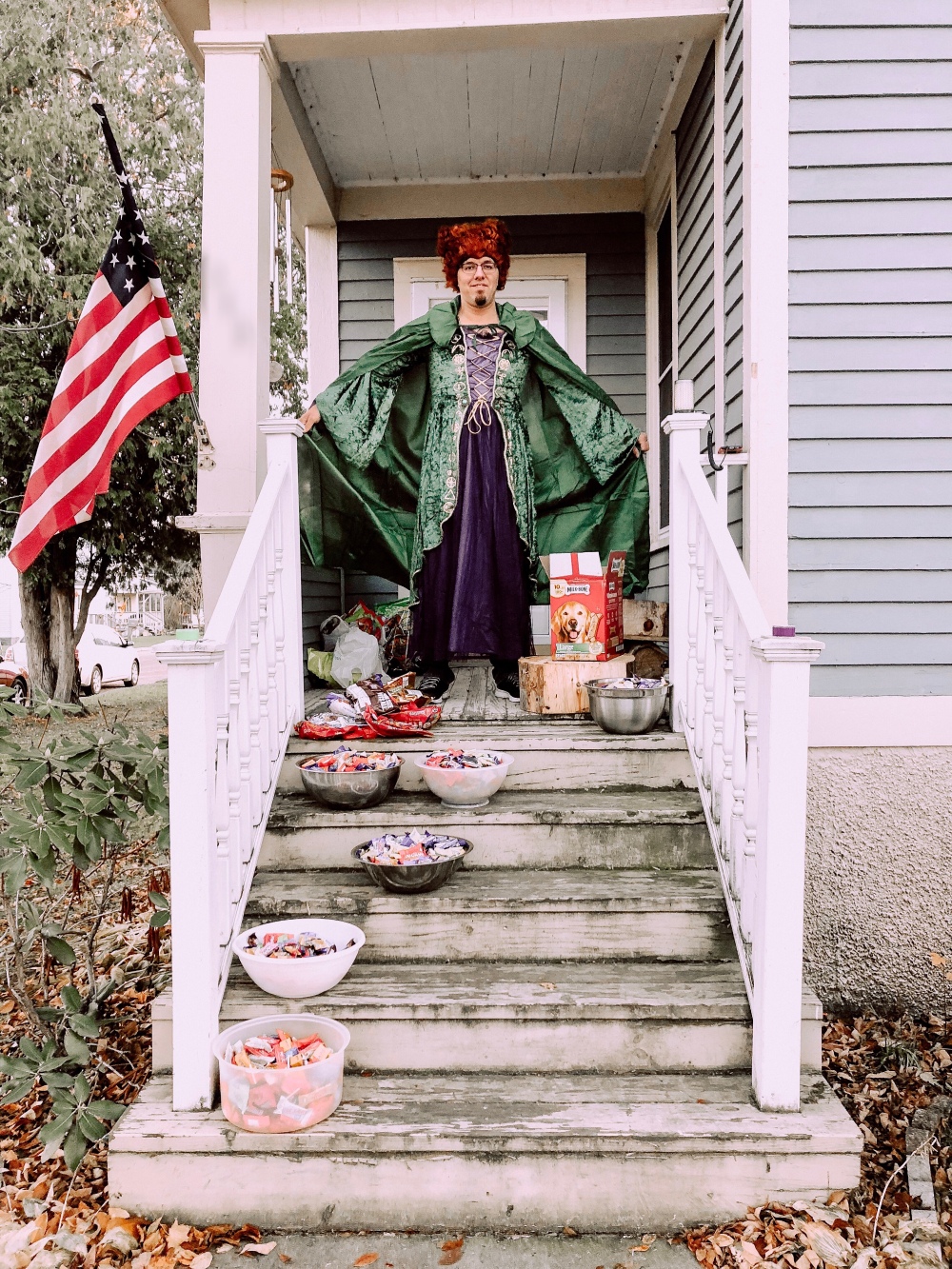 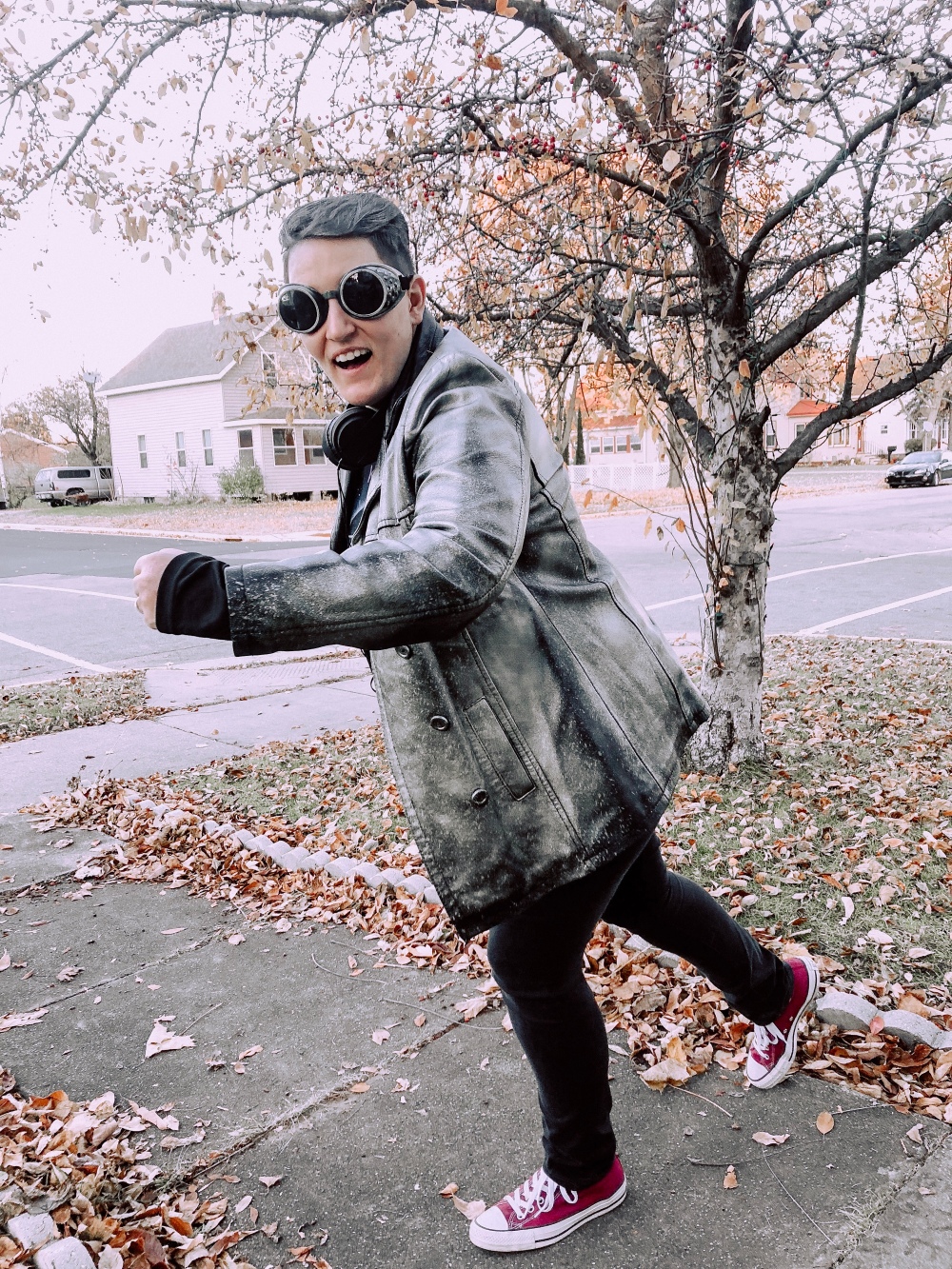 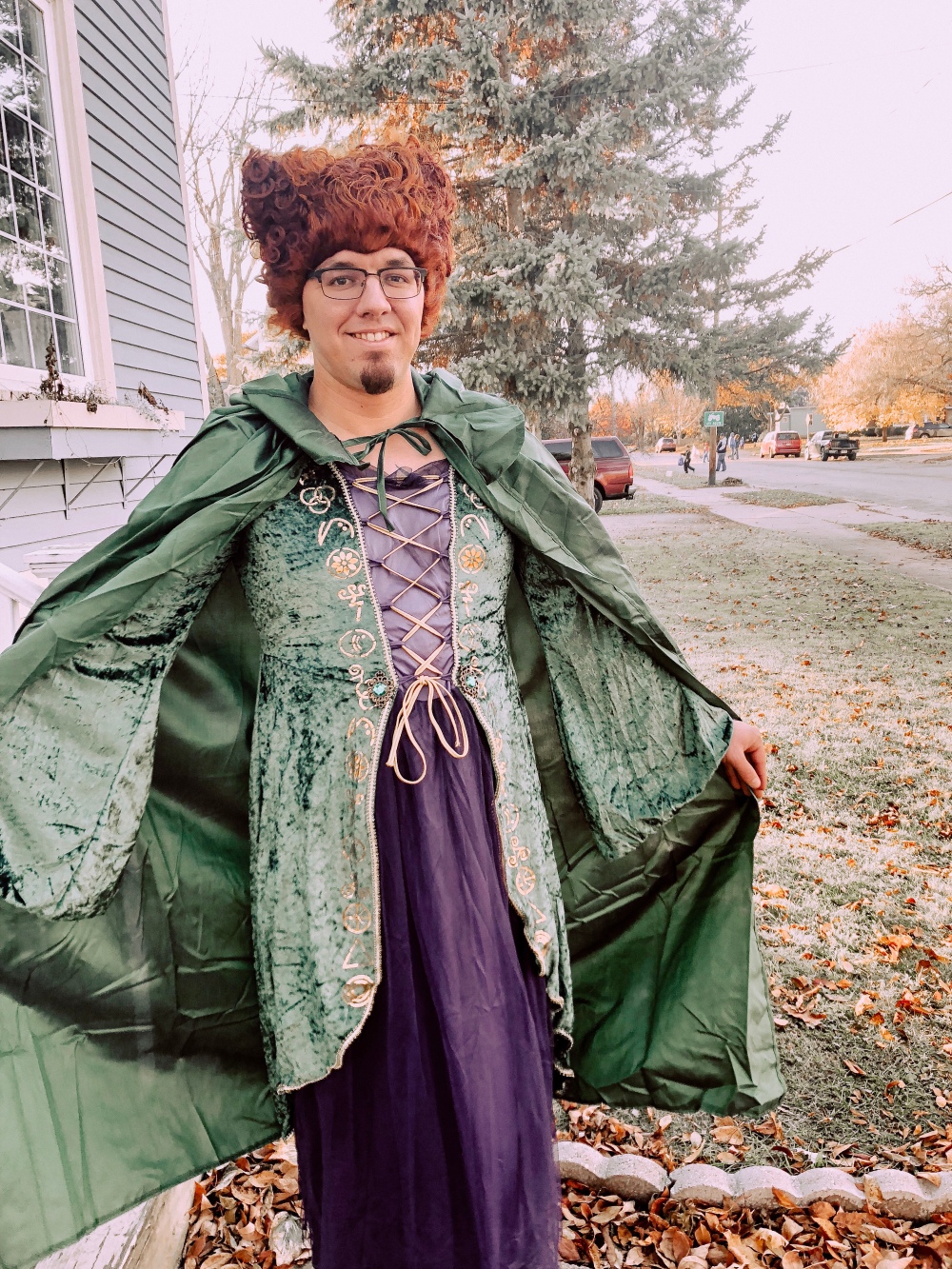